The Annunciation of John the Baptist Window

Homepage Sermons The Annunciation of John the Baptist Window
Sermons

The Annunciation of John the Baptist Window

This sermon is part of an Advent series featuring our stained-glass windows at Redeemer.

If you walk around the spaces of this building—the little stairways, the narthex, the nave—you’ll see windows of every size and variety. They vary in style and color. Being done over a couple decades with various artists beginning and ending their time working at the Gianni and Hilgart Studios in Chicago, that’s to be expected. Some are quite small, like the ones tucked away in the stairways. Others are enormous; not like the cathedrals of Europe, but very large for this part of the country and being made in the mid-20th century. The largest window, and my favorite by the way, is the window depicting John the Baptizer. It was finished in 1967. From where I sit for services, it’s always right in front of me. For those in the pews, especially on the lectern side, it might be a little obscured by the corner, but that’s because the window of the Baptizer was following in the tradition of ancient churches having a baptistry—an area of the sanctuary, usually a wing or slightly sectioned off space—that was dedicated for baptisms. That portion of the sanctuary looks to have been originally planned for a baptistry. But, as we know very well from our recent construction project, plans for buildings change and go a different way from previous plans. Redeemer has had some very interesting building plans in the past—far too many to cover now—but those plans are living organisms, adapting and changing based on what the spaces are needed and used for.

It is appropriate, however, to have such a large window depicting John’s life. The life and ministry of John was a big event, much bigger than we tend to think. Often we think of John the Baptist as an introductory sort of figure, a fascinating, but passing side character in the Bible. But that’s not the way the Scriptures themselves see him, nor is it the way that the Church through history has seen him. John is the only person besides Jesus whose nativity and death date we recognize in the church year. Jesus Himself says that John is the greatest of those born of women. John the Baptist is looming in the story of the Bible.

John was the last of the prophets. That means that he was also a summary of all that the Lord’s prophets had been saying for millennia. Out of his mouth came the distilled Law of Moses, the prophecies of Isaiah, Jeremiah, Ezekiel, and every other seer. He was the greater Elijah, the great prophet who stood toe-to-toe with kings and queens, who stopped the skies from raining for three and a half years, who even raised the dead. So John fulfills the last words of the Old Testament, “Behold, I will send you Elijah the prophet before the great and awesome day of the Lord comes. And he will turn the hearts of the fathers to their children and the hearts of the children to their fathers, lest I come and strike the land with a decree of utter destruction.” John, as the summary of the Moses and the prophets, was monumental.

Furthermore, John’s birth is foretold by an angel. We can count on one hand the number of people who have had that honor. That’s what’s recorded for us in our window for tonight. John’s father Zechariah was a priest in the temple. When his division was on duty, he drew the lot to go and offer incense in the temple, according to the daily worship practices dictated by God in Leviticus. We can see that depicted in the window. There’s Zechariah, in the beautifully colored robes (a true masterpiece work of art in that window), standing at a stone altar. We can see the incense rising from it, as well as the lamp that would have been near the altar, depicting the presence of God in the temple, hanging over his head. While he was in the temple, the others from his priestly division were outside, offering the prayers that went up before the Lord with the incense, as we sang in Evening Prayer tonight: “Let my prayer rise before you as incense.” We can see them in the foreground of the window.

While Zechariah was offering incense and praying on behalf of the Lord’s people, an angel appeared, standing beside the altar. We can see this in the window too. What’s interesting is that the artist chose to show the angel holding a censer of burning incense as well, indicating that this angel is one who stands in the immediate presence of the Lord. He will in time reveal himself to be Gabriel—the same angel that announced only one other conception: Jesus’. It could also mean that the angel takes the Lord’s presence in the temple seriously enough that even he offers incense, as is proper whenever coming that close to the presence of God. And, as all humans are, Zechariah is troubled and filled with terror at seeing the mighty angel.

This does not appear to be the moment captured by the artist that moment of fear. That’s because the angel, as all angels must, tells Zechariah to not be afraid. His prayers have been heard. Zechariah’s wife, as old as she is, will conceive and bear a son and his name will be John. He will great before the Lord and will turn the hearts of many to the Lord, turning the hearts of the disobedient to the wisdom of the just, to make ready for the Lord a people prepared.

But was this too good to be true? After all this time, was the Messiah really on the way? And was Zechariah’s son really going to be the forerunner? They’d waited so long—he and Elizabeth waited their whole lives for a child, the people of Israel waited centuries for a Messiah, humanity waited since the fall into sin for a Savior. Could it really be happening? Zechariah believed, but he had some doubts. “How shall I know this?” he asked the angel, “For I am an old man, and my wife is advanced in years.”

So Zechariah was given a sign. “I am Gabriel,” the angel answered, “who stands in the presence of God, and I was sent to speak to you and to bring you this good news.” Here comes the sign that Zechariah will get that these things will happen: “And behold, you will be silent and unable to speak until the day these things take place, because you did not believe my words, which will be fulfilled in their time.” This appears to be the moment that the artist captured in the window. Zechariah, bowing his head in acceptance of this sign, finally realizing that his silence will last until the son he’s been waiting so long for is born.

This sign of silence is not the type of sign that we would expect, or even ask for. “And when Zechariah came out, he was unable to speak to them, and they realized that he had seen a vision in the temple. And he kept making signs to them and remained mute.” So why silence? We’re not used to silence, culturally or socially. We’re used to constant ambient sound—dogs in the neighborhood barking, cars driving past our homes or church, phone notifications buzzing and chiming all day. But silence is good. There is a time for silence. Zechariah is silenced so that he won’t be able to spout off ideas about what God could or couldn’t do, should or shouldn’t do. He was to listen. He was to ponder and think. He was to simply witness all that the Lord would do and marvel.

We need that too. We need silence to think, to listen, to recapture wonder. One of the strokes of brilliance in the ancient Church was to remove certain parts of the service during certain seasons, leaving a brief silence in their place. So in the season of Advent, we don’t sing the Gloria in Excelsis during the Divine Service: “Glory to God in the highest…” We leave that out as we’re waiting to sing it with the angels on Christmas Eve, when they first sang that song. Notice the little wink to that in our window tonight. In the pinnacle, over the scene, we have an angel holding a banner that reads, “Gloria.” The angels are taking care of that song this season while we simply sit and wait and listen.

The windows help with that. Remember, the way our windows first showed up here at Redeemer was because a member wanted his hearing-impaired wife to have something to ponder as she sat in her longer-lasting silence. While explanation of what’s being shown in them is good and sometimes necessary, the windows don’t require noise and talking. They can be appreciated, the accounts they depict, can be considered in the holy silence of Zechariah. In this season of waiting and hopeful expectation, we can let the wonder of God’s work fill us with stunned and silent awe.

There is a time for words too. After all, we’re getting ready for the Word made flesh arriving. That time for words would come when John the Baptist was born. Zechariah would speak. In fact, the first thing he did when his voice was restored was bless God and then sing. Later John would go out into the wilderness and preach. His words would go before the Word made flesh, Jesus, paving the way. He would prepare everyone—then and now. His words would turn the hearts of the wayward children to their fathers in the faith; the disobedient sons and daughters of Adam and Eve to the wisdom of the Righteous One. He would make ready for the Lord a people prepared. Like the Israelites getting ready for the Exodus to freedom, eating the Passover with their shoes on and staff in hand, John would get the Lord’s people ready to be led into salvation by Jesus, bringing them into the kingdom of God.

So now, we prepare. We look to Zechariah’s example of patient waiting. We look to the promises proclaimed by God’s messengers. We hear John the Baptizer get us ready. We wait only a little while longer before our silence is broken and we open our mouths and sing with the angels: “Glory to God in the highest and peace to His people on earth!” In the name of Jesus, who has come and is coming again, Amen. 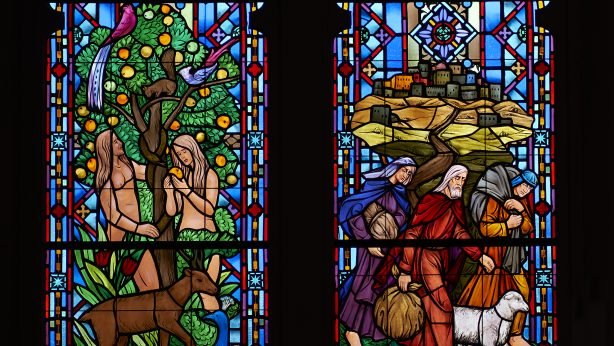 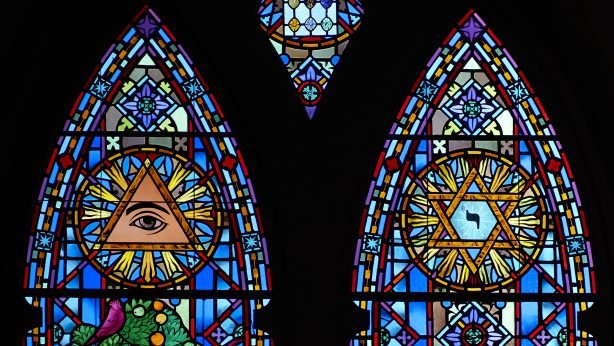